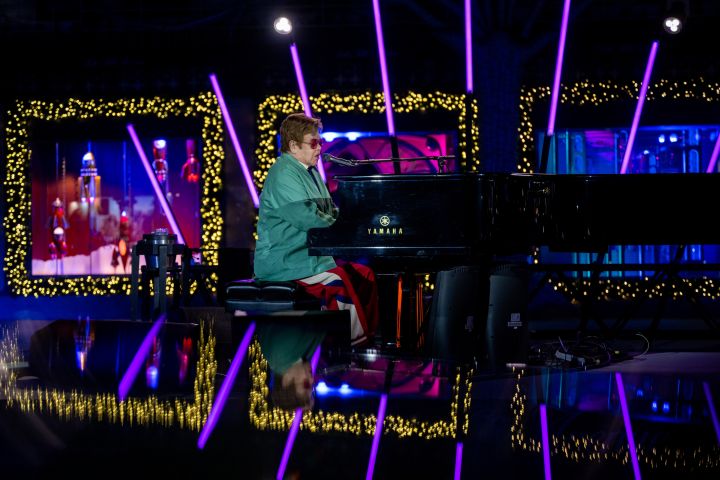 By Brent Furdyk.
Printed: 2 minutes in the past

After a short introduction, festive music started to play because the “Rocket Man” singer was pushed through golf cart to a stage in entrance of the coated, the place he took a seat behind a grand piano.

After thanking Saks for its $1-million donation to his Rocket Fund AIDS charity, he was joined by husband David Furnish and their twin sons, who helped ship the countdown for the large reveal of this yr’s window shows.

With that, he started tinkling the ivories, enjoying the acquainted opening notes to “Your Tune”, which he carried out accompanying himself on piano, sans-band.

“Blissful Christmas, all people!” he shouted because the tune ended, kicking off a spectacular gentle show of sunshine and fireworks.