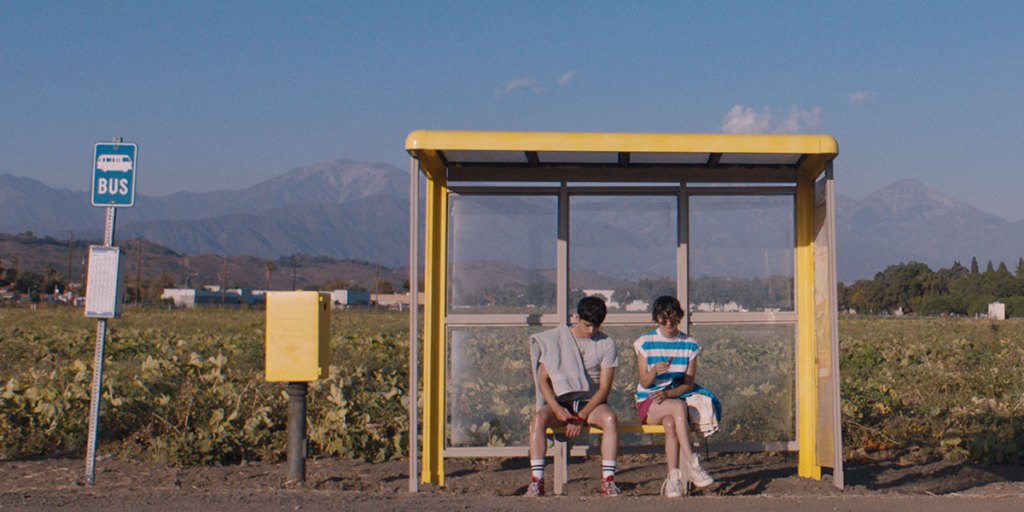 Don’t overlook to pack your pockets.

Hollywood is hitting the Toronto Worldwide Movie Competition this week hoping to land the following buzzy breakout. After two years of digital or diminished capability gatherings as a COVID-era concession, the movie enterprise is again in drive, and meaning offers, offers and extra offers.

Right here’s a have a look at among the hottest films on provide — the sorts of splashy tasks that might consequence within the subsequent large sale.

Aristotle & Dante Uncover the Secrets and techniques of the Universe

Buzz issue: This touching story of two teenage boys in 1987 El Paso whose friendship each deepens and is challenged in stunning methods will go away audiences reaching for the tissues. It additionally marks the characteristic debut of Alberto, an thrilling new filmmaking expertise, who deftly adapts Benjamin Alire Sáenz’s award-winning 2012 novel and will get two spectacular performances out of up-and-comers Max Pelayo and Reese Gonzales within the title roles. Plus, no much less a number one gentle than Lin Manuel-Miranda signed on as a producer, an necessary endorsement. If the opinions match the early buzz, Alberto ought to go away TIFF with loads of compelling presents.

Buzz issue: Anybody with a obscure consciousness of Hollywood is aware of that superhero films are all the fashion. So it’s daring pitch to “Individuals’s Joker” as “not the comic-book film we deserve — it’s the one we desperately want.” But the queer coming-of-age film a few transgender clown named Joker covers nearly all the things that’s usually ignored in as we speak’s comedian e-book adventures. At all times humorous, usually weird, the satirical “Individuals’s Joker” seems to attach with audiences (even those that stay detached to Spandex-wearing vigilantes).

Buzz issue: Kingsley brings the mandatory panache to painting the late, nice surrealist artist in “Daliland,” which facilities on the mustachioed, mercurial painter and his curious relationship together with his spouse Gala. Advised by way of the eyes of a younger assistant making an attempt to make a reputation for himself within the artwork world, “American Psycho” director Mary Harron paints a singular portrait of the glamour that surrounds Dali. Typically, seems could be deceiving.

Buzz factor: The romantic drama, about a teacher whose new relationship with a single father becomes complicated when she begins to connect with his 4-year-old daughter, will have viewers grabbing for a hankie. As Rachel, a 40-year-old who newly wants to become a mother, Efira gives a compelling portrayal of the complex feelings that grow for her boyfriend’s child — and the boundaries that can never be crossed.

Buzz factor: In a very different take on new motherhood, playwright Bess Wohl’s unsettling “Baby Ruby” gets to the uncomfortable truths about becoming a parent. The film, led by “Portrait of a Lady on Fire” actor Noémie Merlant and “Game of Thrones” star Kit Harington, begins as they bring their newborn home from the hospital. But the psychological thriller quickly turns into a fever dream, one that’ll feel all too familiar for anyone who’s ever had darkly disturbing thoughts about loved ones.

Buzz factor: While TV viewers desperately love Logan Roy, Brian Cox takes a different turn in this emotional thriller about a reformed con trying to reconnect with the family he never knew. His history of violence, however, has lingering consequences. The combination of Kate Beckinsale and the beloved Cox should lure buyers, especially with veteran director Catherine Hardwicke at the wheel.

Buzz factor: “Ride Along” franchise helmer Tim Story offers an elevated take on the horror-comedy from writer and producer Tracy Oliver (“Girls Trip”). While unafraid to discus Black and intersectional identities in the context of a cabin-in-the-woods slasher, the biggest incentive for buyers is how deeply the film refuses to take itself seriously. The strong ensemble and laugh-a-minute script doesn’t hurt either.

Buzz factor: Horror films are typically easy sells, particularly at prestige festivals over the past decade. This particular film, a claustrophobic slasher with a pandemic twist, should be particularly hot thanks to its writer Kevin Williamson (father of the evergreen cash cow “Scream” franchise).

Buzz factor: As one of the best-reviewed movies at this year’s Venice Film Festival, Diop’s project continues to devastate audiences with its poignancy. A courtroom drama about infanticide and the unease of a new mother observing the proceedings, the documentarian’s narrative debut is sure to make a splash in Toronto.

Buzz factor: Cowperthwaite is no stranger to headline-grabbing films, having a pulled back the curtain on animal cruelty at SeaWorld with “Blackfish.” Now, she delves back into the world of whistleblowers and truth-seekers with “The Grab,” which follows journalist Nathan Halverson and his team at the Center for Investigative Reporting as they they look at the way that governments are looking to control food and water outside their borders to prepare for shortages. The search was sparked after a Chinese company purchased Smithfield Foods, the world’s largest pork producer, giving China control of one out of four American pigs. At a time of worsening geopolitical tensions, “The Grab” seems tailor-made to make sense of the escalating battle for scarce resources.

Buzz factor: The coming-of-age film seems guaranteed to tug at the strings of even the hardest of hearts. It feature Shipka, a standout from her role on “Mad Men,” as a young woman who must balance her responsibility to care for her intellectually disabled parents with her desire to lead an independent life and go to college. The movie, which is said to be funny and compassionate, sounds a little like “CODA,” which sparked a bidding war at Sundance, one that ultimately led to a best picture win at the Academy Awards.

Buzz factor: Pakistani writer-director Sadiq’s debut feature, a look at transgender desire, was a sensation at Cannes, where it won the Un Certain Regard Jury Prize and Queer Palm. The film’s timely story of love and identity should resonate with indie studios looking for an arthouse hit.

Maya and the Wave

Buzz factor: This documentary about Brazilian surfer Maya Gabeira has it all. An inspirational story about a world-champion athlete with a dream to compete at the highest levels, as well as a look at the sexism and chauvinism she was forced to overcome in a male-dominated sport. The film, which is said to be visually stunning, follows Gabeira on a quest to break a world record in the Portuguese town of Nazaré. Her perseverance in the face of death-defying odds sounds like it could be another non-fiction smash in the “Free Solo” vein.

Buzz factor: Talk about a twisty premise. Crowe stars as a detective with Alzheimer’s who has to figure out if he put the wrong man away when a death row inmate that he arrested 10 years prior starts to proclaim his innocence. It sounds like a meaty role for the Oscar-winner and the kind of crackling mystery that should have buyers looking for a piece of the action.

Sympathy for the Devil

Buzz factor: Cage is having a career resurgence thanks to his critically acclaimed roles in “Pig” and “The Unbearable Weight of Massive Talent.” And “Sympathy for the Devil,” which finds Cage as a mysterious passenger to Kinnaman’s driver sounds like a big old slice of pulp. It’s the kind of banquet that Cage has served up with scenery-chewing relish over the years.