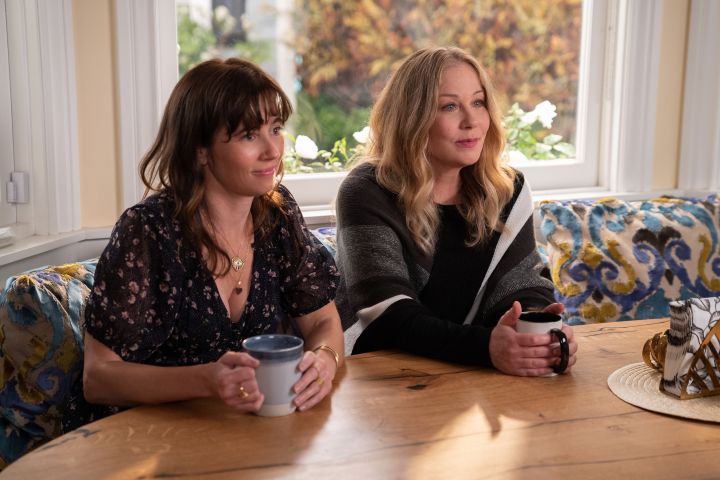 By Brent Furdyk.
Printed: 7 minutes in the past

“Useless to Me” dropped its third and remaining season final week, and viewers who binge-watched their manner by the ultimate 10 episodes skilled an emotional sequence finale.

That was additionally true for star Linda Cardellini, who opened as much as The Hollywood Reporter about how tough it was for her and co-star Christina Applegate to keep up their composure whereas filming the ultimate episode.


READ MORE:
‘Useless To Me’ Creator Explains Why Ending Of Closing Episode Was Left ‘Ambiguous’

“Once you see us cry, these are actual tears of us figuring out we’re saying goodbye,” she added.

Their characters’ friendship depicted onscreen, she stated, is mirrored of their real-life relationship.

“We’ll be pals without end, however we received’t be seeing one another on set each day. We had been sitting on the mattress and crying and, there was nothing fairly about it — there’s snot and we each look wrecked — and so we checked out one another and laughed,” Cardellini recalled.


READ MORE:
Christina Applegate Says If ‘Useless To Me’ Season 3 Is Her ‘Swan Tune,’ She’s Thrilled To Have Shared It With Linda Cardellini

“After which we appeared behind the digital camera and there was [series creator] Liz [Feldman] crying and all of our crew, producers — everybody was shedding it,” she added. “So, it wasn’t simply us. It was the entire neighborhood saying goodbye, it’s simply these phrases got here out of Jen and Judy’s mouths.”